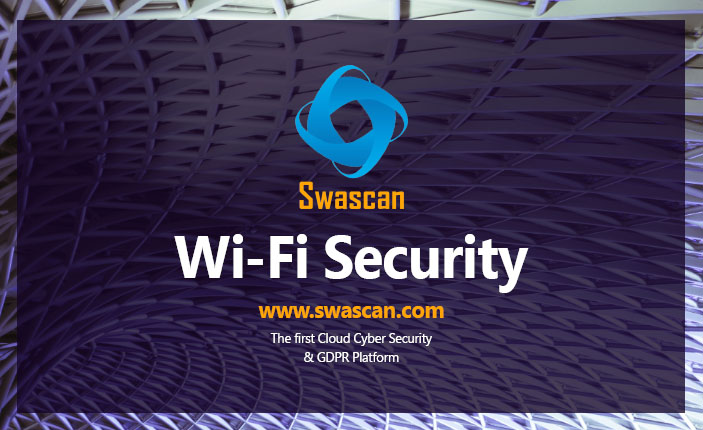 Wi-Fi Security? It’s time. Wi-Fi Alliance launched WPA3. It will certainly ensure a higher CyberSecurity level and, as a consequence, it will benefit users both in terms of privacy and GDPR Compliance.

However, WPA3 does not make wireless networks hacker proof.

First of alla, let’s have a look together at the features and benefits of WPA3. Afterwards, we can analyze in detail the top vulnerabilities related to Wi-Fi.

WI-FI security: what is the WPA?

WPA stands for Wi-Fi Protected Access. Basically, it is a security standard which authenticates wireless devices through an AES (Advanced Encryption Standard) protocol. Namely, a block cypher algorithm that has been used for years as far as data privacy is concerned. WPA’s main purposes are:

Wi-Fi Security: the vulnerabilities of WPA2

Back in 2006, WPA2 replaced WPA and we are pretty confident that this third standard will be replaced as well. However, the real question is: why do we need to replace WPA2?

Because WPA2 is effective but it leaves our devices exposed to KRACK attacks. What is a KRACK attack? Basically, it is a kind of Cyberattack that aims at cracking and consequently destroying the protection granted by WPA2 to our Wi-Fi. Some researchers proved our point. They carried out a simulated attack with the methodologies described.

Of course, the producers of Wi-Fi Devices already knew this. This is why, during years, they tried to fix the issues when possible. This happened until the Wi-Fi Alliance – the no profit organization that tries to check and certify Wi-Fi Security standards with the specific purpose of getting a unified global standard – intervened.

Forcing WPA2 to retirement, WPA3 comes up with significant improvements in terms of configuration, authentication and encryption. The final objective, as we’ve previously seen, is to make KRACK attacks harder to implement.

To this end, WPA3 divides itself into two brand new security protocols:

Wi-Fi Alliance, in addition to WPA3, announced a feature that should arrive soon: Wi-Fi Easy Connect. Basically, this is an update that replaces the old WPS (Wi-Fi Protected Setup), the standard for the set up of safe connections on Wi-Fi network that turned out to be not so safe. Wi-Fi Easy Connect aims at semplifying the access: no more struggles to remember the password, scanning a QR code with your smartphone will be enough.

Now we know that our connections will be safer and safer in the future. However, future is the key word. While Wi-Fi Easy Connect will take some time, WPA3 is already here but it will take some time as well to have the devices that support it. Basically, this means that we need to keep on living with WPA2 and its vulnerabilities for some time. It will become mandatory in one year or so, in the meantime, always remember to protect your Wi-Fi with a sophisticated and effective password.

WPA3, as we’ve seen before, obviously ensures a higher security level and a greater protection of users data. However, it is not hacker proof.

It is necessary to always consider the scenario, we need to constanly focus on the WLANs (Wireless Local Area Network).

Ensuring security by design and by default is key. Moreover it is crucial to avoid classic mistakes related to misconfigurations.

Here we analyze the Top Vulnerabilities and Threats

One of the most exploited vulnerabilities by Criminal hackers consists of taking advantage of default configurations of systems and devices such as: operating systemass, routers, switches, …

Being aware of the default settings and passwords makes it too wasy for hackers. They could obtain the control of the device in a blink of an eye.

Obviously, we are talking about Non Authorized Access Points. We have previously explained a Man In The Middle (MITM) attack. A non authorized access point is placed and configurated to accept beacons from legit access points. In the meantime, via broadcast it sends these beacons fooling the wireless devices. In this way, the non authorized access point will get the legit traffic. However, there is an easy way to limit this vulnerability: a correct configuration of the WLAN.

CyberAttacks often target directly the endpoints. There are several cases of well-known vulnerabilities related to devices. These vulnerabilities have their public exploits which are available for hackers and Cyber Criminals.

WI-FI Security: How can I protect myself?