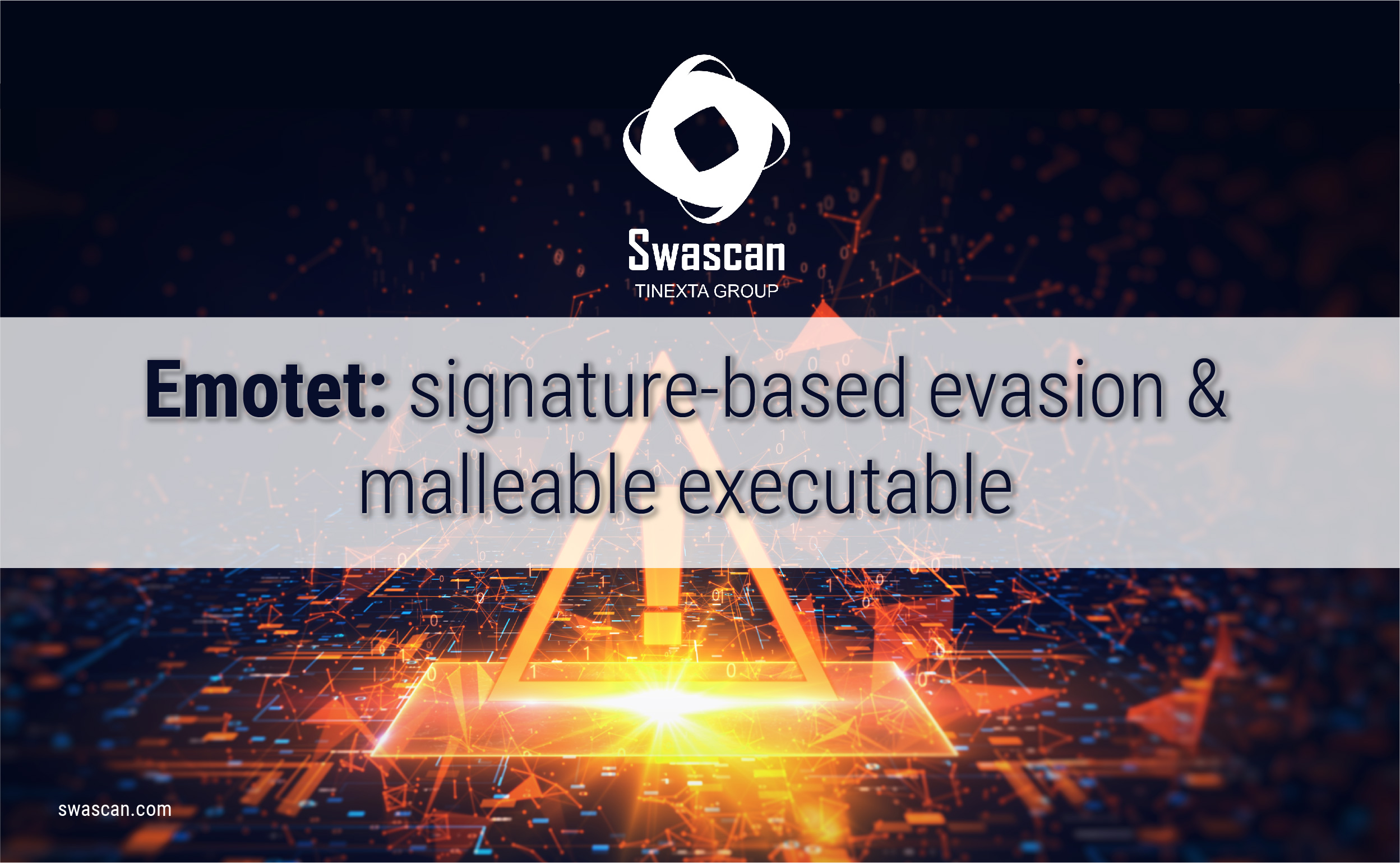 We recently came across an interesting finding concerning Emotet’s infection kill-chain, which usually starts with the phishing email followed by the download of an excel macro then its execution, which acts as the DLL dropper and finally leads to malware infection.

We had a look inside the malicious excel document. The dropper had an incorporated list of domains to grab the malware from, in order to increase the download chances if one or more of them were to be eventually unreachable.

Here are the URLs we found inside the document’s  xl/sharedStrings.xml  file:

Almost every one of them was reachable and serving the executable.

Once downloaded the sample we started to look for as many IOCs as possible, so we noticed it had a unique hash signature. We fed it to Virus Total, which took its time to digest the sample (it was a new one!) and then gave us a malicious score of 49 out of 69, so no worries.

The interesting part was actually the methodology implemented by threat actors to evade the signature-based detection. We double checked every one of them to catch indicators, and we noticed that every time we downloaded the DLL, it had a different hash so we grubbed two more, all of which had the same size (#IOCs).

Then, we analyzed the differences among their HEX dump and here is what we found:

It appears that at offset  5243C  they show variations, more precisely exactly 32 bytes vary (until  5245B  included), which at first sight it seemed randomly generated and lacking relevant information.

Analyzing the PE’s entropy, as expected,  .text  and  .rdata  sections are packed:

We wondered what was the technical mechanism behind this interesting behaviour and how could be implemented, so we started doing some research and we came across the concept of Cobalt Strike Malleable PEs which gave me some insight on C2 agents and malleable PE configurations.

Regardless, my goal was to write a piece of code to give me proof on how we could modify some section of the package in response to a web request and eventually embed configurations in it. In other words, without having to re-compile the source code every time. The thing about this stuff was that potentially this PE, once deployed could have been sent all over the network without being detected by signature-based detection systems, such as basic AVs or NIDS/NIPS of some sort.

At this point we did further research and studies just to be able to reproduce this mechanism by writing the right program and create our basic proof of concept.

So, we wrote a C++ sample which implements a static pre-allocated buffer used to keep track of the sequence to be later editable. We used the same  X7Nwjq.dll  byte array so we disposed exactly 32 bytes for it.

What it does is:

Then compiled and ran it.

The same sequence is embedded in  agent  , more precisely in this case at offset  30a0.

Once we got the address, we developed a python script to overwrite, or patch, exactly that sequence.

Finally, we executed  agent  which dropped its sequence to  sequence.bin  binary file.

Then patched the executable.

The executable’s signature has changed. When executed, it dumps the patched byte array we set.

The original work can be found here