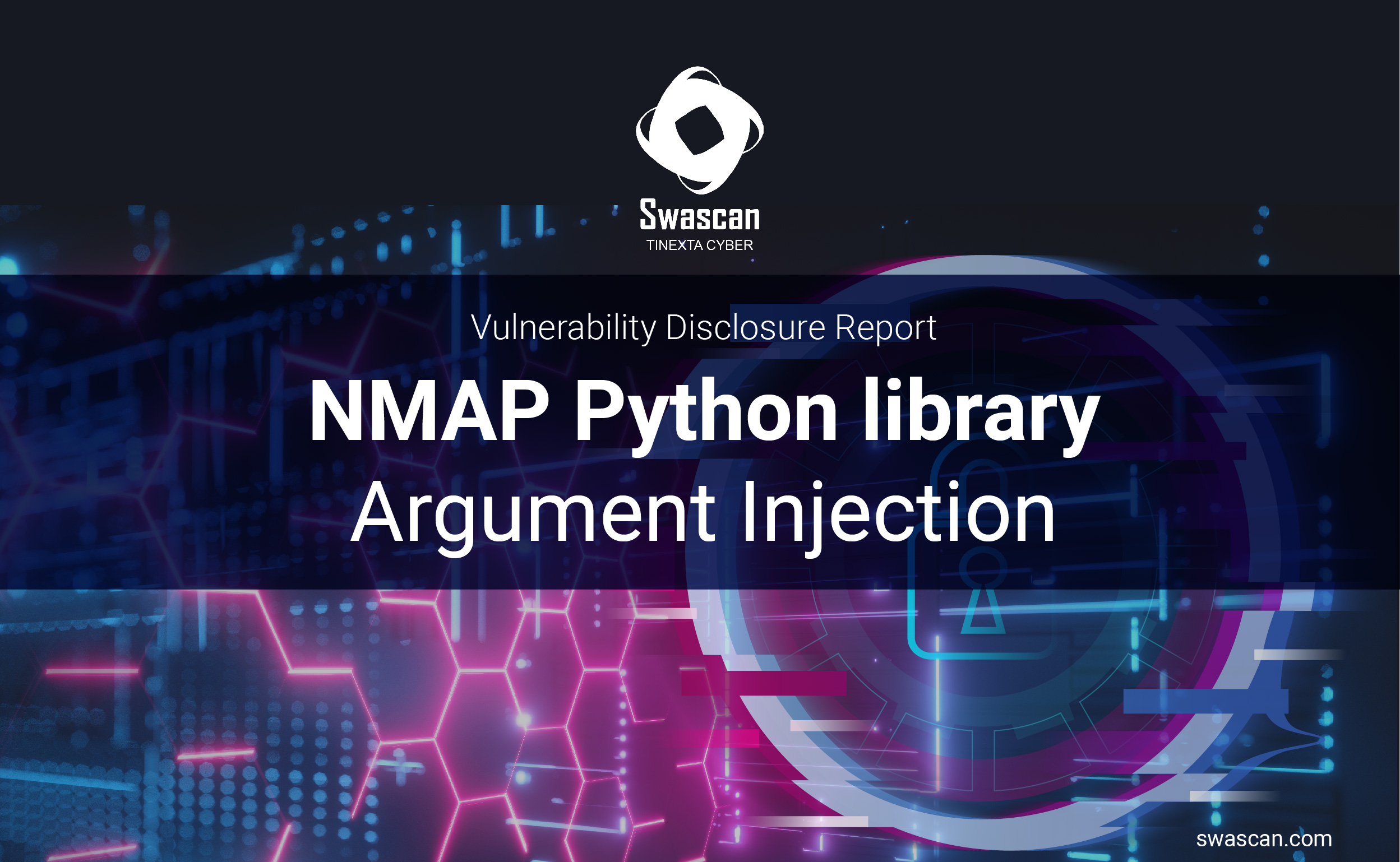 Python-libnmap is a python library that enables python developers to manipulate nmap process and data.

The library offers the following features:

This library is vulnerable to an Argument Injection vulnerability leading to Remote Command Execution through the Nmap Scripting Language (NSE).

The Swascan Offensive Security Team recommends all the developers using this Python library to check for a fixed version and to follow our recommendations reported below to make sure that the potential risk is mitigated.

The library is vulnerable to an Argument Injection vulnerability leading to Remote Command Execution.

When the client application fails to validate the user input, the library allows to inject arbitrary arguments in the final nmap command line being executed on the underlying Opearting System, leading to the upload and execution of a custom LUA script using the Nmap Scripting Language (NSE).

When spawning the nmap process, quotation is not closed correctly as shown in this PoC:

If the client application does not correctly validate the targets argument value, a potential attacker could manipulate the nmap command line as shown in the following image:

After having uploaded the NSE reverse shell on the target system, it can be executed:

When exploited, this vulnerability can cause the access to the underlying operating system and thus to the client application’s data with the application’s user privileges.

At the time of writing, there is still not a remediation at the library level as the developer Ronald Bister has not released an update yet.

Developers using this Python library to make their nmap network or vulnerability scanning tasks must:

For a full remediation on the client application side, the targets argument value should be validated against the following use cases: